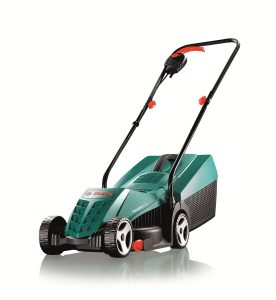 If you’re new to the world of gardening, then it can be easy to assume that all lawnmowers work in pretty much the same way. It’s only when you have difficulty in mowing the grass or obtaining enough reach to mow the whole garden that you suddenly realise that a little research may have helped. As such, you may be wondering about how to decide on ​which electric lawnmower is right for you moving forward. While everyone will have their own preference, there’s certainly no harm in finding out the capabilities of a mower before investing your hard-earned cash.

The Bosch Rotak 32R Lawn mower is the latest addition into the Rotak range, but how well does it fare against the competitors?

Like any mower, the Rotak 32R has both its pros and cons. For the most part, the 32R doesn’t fail to impress. Although a more limited model when compared to other mowers in the Rotak series, it’s no shrinking violet either. While it doesn’t have the growling masculinity of many other mowers, it’s not exactly easy on long grass either. Despite its small frame, the Rotak 32R actually contends with grass effortlessly in many instances. This can be attributed to the 1200-watt motor that is embedded within the slender chassis. When partnered with a 32cm sharp blade, you know you’re in good hands when it comes to maintaining your lawn. 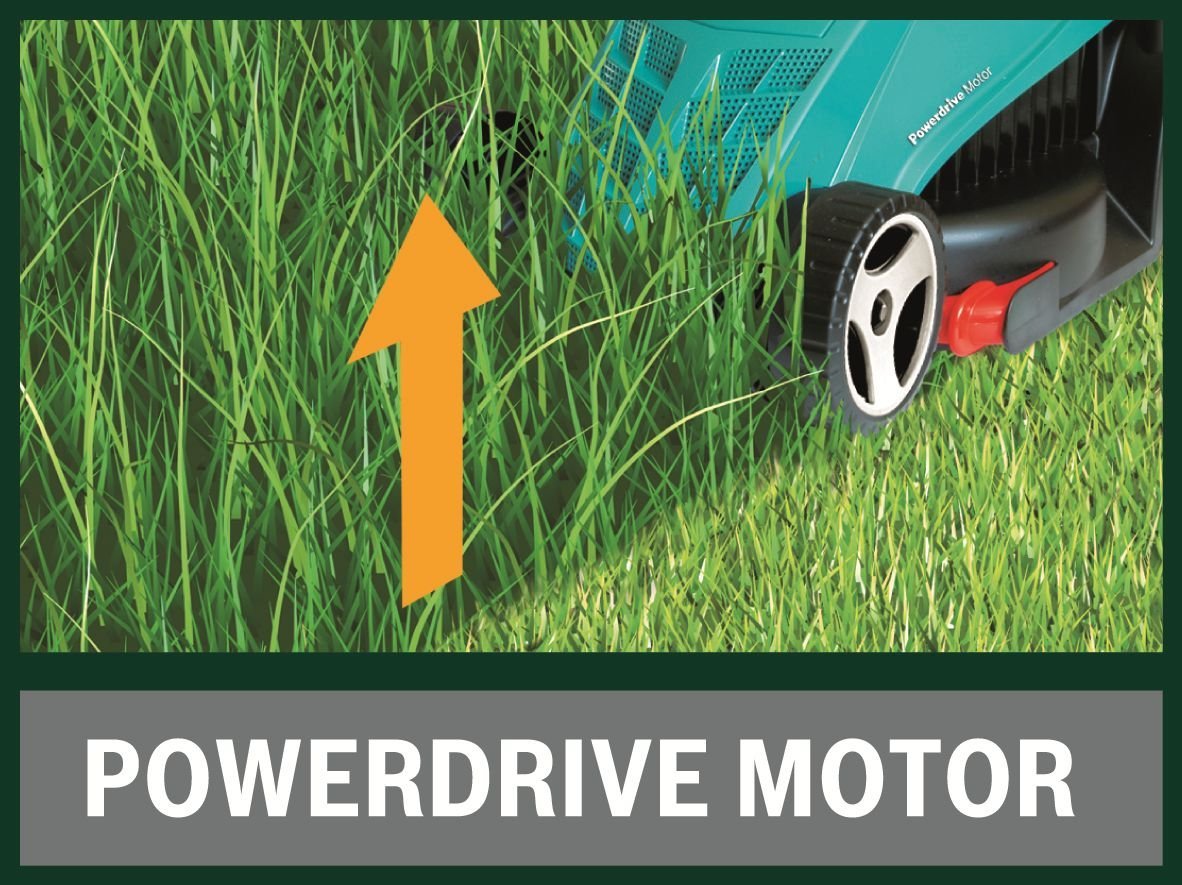 While such a small model won’t be for everyone, it does actually offer those who find gardening a little difficult a lifeline. Many people with a series of ailments may find the shuddering of other mowers a little too intense when mowing the grass. As the Rotak 32R partners a good effective motor within such a small model, owners are feeling the benefit when putting the mower to task in the garden, and it certainly doesn’t fail to impress.

Those who are more seasoned when it comes to gardening may be aware that the Rotak range often includes an ‘Ergo flex’ handle for comfortability, and for an extra investment, you can actually purchase a 32R with the aforementioned handle, but in all honesty, the handle on the regular model works fine. Of course, there will be those who just prefer the ‘Ergo flex’ handle, and that’s fair enough. Just don’t feel it’s a necessity to be able to use the mower comfortably.

Now it should be pointed out that the 32R is designed with lawnmower for smaller gardens in mind. That’s not to say that you can’t mow a bigger garden with it, but you may find yourself subject to more stopping and starting as a result. The Rotak 32R comes bundled with a 31-litre grass box, which does fill up pretty quickly. In a small garden, this isn’t that much of a problem, and it actually does a good job of collecting the trimmings, meaning there is less reason for having to go over the whole area with a rake. However, the addition of a grass box means that the mower is much larger as a result, which means it can be more difficult to navigate the mower as a result. That’s not to say that the lawnmower is rigid and stiff, because quite the opposite is true, but those used to zooming around the back garden may find that the journey is a little hindered due to the additional weight.

The powerful motor does mean that the mower is capable of more than you would expect. For example, it makes short work of long cuttings and overgrown areas, even though to look at the mower, you would assume you’d have an almighty task on your hands.

While not suitable for every type of lawn, the 32R does come with cutting heights between 20 to 60 cm, making it ideal for those who have relatively small, flat lawns to contend with.

Users of the Rotak 32R will notice that the front wheels are inset, which makes it more useful for trimming close to the edge than that of a hover mower. Those who want to add that additional touch to their handy work can also make use of the grass combs that come included, making for a finer cut. The lawnmower also comes included with rear rollers, which look to add aesthetically-pleasing lines to your garden should the fancy take you.

The small frame of the 32R means that storage isn’t a problem. Not only is the mower lightweight, but the cord can be stowed away easily thanks to the cable tidy feature. Users can also fold the handle, which means it can be stored in the tightest of spaces without any hassle.

For the most part, there is very little reason not to invest in the Rotak 32R, it just pays to ensure that it is able to meet your needs when it comes to mowing your garden. If you have something of a large garden, the 32R will be able to meet the demands, but it could mean numerous trips emptying the grass collector.

If you have a small garden, and you’re looking for a cost-effective electric mower solution that doesn’t scrimp on quality, then the 32R is for you. As pointed out earlier, this mower can be an ideal solution for those who have ailments that affect their mobility, or old-age pensioners who still enjoy their independence. The powerful motor makes light work of even the toughest blades of grass, while remaining light enough to be stored away easily. It may not be for everyone, but in all honesty, it never tries to be. It's simply a lawnmower that offers quality yet simplicity at an affordable price point, something that doesn’t happen enough in such a competitive industry.