Self Propelled Lawn Mowers - What Makes Them So Great? 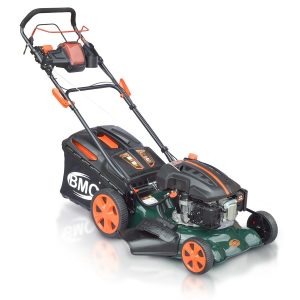 For a long time, it was widely understood that mowing the lawn was a physically demanding task, due to the requirements of pushing such a heavy duty machine around for an extended period. However, as technology has evolved and progressed, the traditional mower has been challenged by the self-propelled lawn mower, which is a noticeable improvement upon its predecessor. But what is it that makes people opt for a self-propelled lawn mower?

One quality that places the self-propelled lawn mower above manual models is first and foremost, the self-propelled element of the design. If something is self-propelled, that means that it can move without anyone aiding the propulsion. In this instance, it means that the self-propelled lawn mower is usually equipped with some kind of battery which allows it to move under its own steam, removing the need for physical prowess. This significantly widens the range of people who can operate the mower, making it a more versatile and accessible piece of technology. It’s a particularly helpful feature for older gardeners and individuals who struggled with the traditional mowing methods. Many have also described a self-propelled mower to provide a smoother finish to the lawn, as the need for constant stopping and starting is nullified. There are different types of speeds and designs for self-propulsion variants, so finding a mower that operates at a level you’re comfortable with isn’t difficult due to the large range of choice. The rear-drive models are often considered better choices for sloped hills, due to providing increased traction. Contrastingly, a front wheel drive has been described as a better fit for flat lawns due to the ease of access involved in controlling the direction of the mower.

Another feature is the built-in battery, which allows for quick and easy starting of the mower, regardless of room temperature or any other factors.  The traditional models needed time for the engine to warm up in colder weather, but this hindrance isn’t present in the self-propelled mower, operating without the need for a choke or primer, offering an improved reliability and security to their owners. Furthermore, self-propelled mowers have proven to be perfectly capable of performing as well as traditional mowers as technology has progressed, with many offering multiple methods of grass disposal, being able to mulch grass and redistribute it to the surrounding lawn, returning nutrients to the soil and providing an environmentally friendly fertiliser.

Overall, the self-propelled lawn mower has many benefits, the most prominent of which is the self-propulsion mechanism itself, which gives it an edge over the previous hand pushed models in terms of a wider audience and an improved accessibility. There’s also an increased reliability due to the absence of a primer or choke. It’s clear to see why this new mower technology is proving to be a worthy competitor to the older variants, and the self-propelled options will continue to demonstrate just why they’ve earned their place of pride among any gardener’s arsenal.