As many gardeners will tell you, ivy can be a particularly troublesome pest. At first, you might think that it looks good, and adds to the appearance of your garden. However, what started off as just a few shoots of ivy will quickly sprout into a huge number of vines that can be extremely tricky to get rid of. Before long, the ivy will have spread across every square inch it can reach, and creep into every corner and crevice. If left unchecked, ivy can kill off other plants, destroy the appearance of trees, and even cause damage to your windows and roof.

Not only does ivy quickly spread, but it’s also notoriously tricky to kill. If you don’t take the time to destroy all of the ivy, root and stem, then you’ll find that the plant soon grows back again, and you’ll be right back where you started. If you’re facing an ivy problem in your garden, don’t despair- we’re here to help! In this in-depth article, we’ll take you through tried-and-tested methods for eradicating ivy and keeping it gone for good. Whether you’ve got a fence that’s been invaded by vines, a tree that’s slowly being strangled, or a building taken over by ivy, read on to discover how to overcome the problem!

Like most problems in life, the key to stopping ivy from taking over your walls, trees, and fences is prevention. As soon as you see ivy vines start to sprout up from the earth and attach themselves to a surface, pull them up! If they have already grown too thick to pull up, or if they are growing in stony ground (where it’s tricky to get every last root), then another solution will be required. Take a strong weed killer treatment like glyphosate and spread it all over the vines. The poison will then spread all the way down to the roots, killing off the ivy and making it easy for you to simply cut away the dead vines that remain. If you’ve previously had an ivy problem, or if your neighbours have, then it’s worth keeping a close eye on your garden to catch any ivy as soon as possible.

That being said, ivy isn’t always a problem- after all, many people like the look of an ivy-clad wall, and some species of ivy are also a great way to fill out a sparse part of your garden. If you’ve chosen to include some ivy in your garden, then you’ll want to keep a close eye on it to ensure that it doesn’t develop into a big problem. Make ivy maintenance a regular part of your gardening routine, and keep your ivy in check at all times. If you want to include a little ivy in your garden, but don’t want to put up with the hassle of maintaining it, then a small amount of ivy in a pot can go a long way. Just be careful that it’s only sprouting from the pot- if the seeds start to spread, then you’ll want to kill them off as soon as possible.

What You’ll Need to Tackle an Ivy Infestation

Unfortunately, prevention isn’t always possible- you might already have an ivy infestation, or the problem could creep up on you until it’s become too much to handle. In these cases, it’s time to fight back to these annoying vines, and root them out and destroy them. While strong weed killer is going to be important later on in the process, the two most important pieces of equipment you’ll need are actually pretty simple: a solid pair of gardening gloves, and some sharp shears. The gloves will allow you to get up close and personal with the ivy, grasping hold of it to cut and tear the vines away. They type of shears you’ll need will depend on how long the ivy has been growing for. Older ivy tends to be thicker, so in these cases, you might need stronger shears to slice through the vines.

You might naturally think that the key to killing and clearing ivy is to use herbicides to destroy the plant. After all, it’s the ideal approach for most other garden pests. However, in practice, ivy is a little different. First and foremost, ivy leaves tend to have a thick, glossy coating that makes it difficult for weed killer to penetrate into the plant itself. What’s more, if your ivy problem has spread over other plants such as trees, then herbicides could end up killing them, too. If you do use weed killer on your ivy, then you’ll want to choose a product that contains glyphosate, as this is strong enough to work on resilient ivy. Be warned, though: glyphosate will kill any green plant that it comes into contact with. You should therefore be very careful when applying these weed killers, to ensure that you don’t damage the rest of your garden.

Eliminating Ivy from Fences and Trees

Now it’s time for the main event- actually attacking and destroying the ivy itself. Be warned that this can be a long, time-consuming process, and it’s likely that you’ll need to go through these steps several times before the ivy is all gone. However, even though it’s hard work, it’s better than living with an ivy problem that eventually takes over your whole garden Read our guide on the best garden fence to buy.

As it grows higher, ivy releases seeds which then spread the plant further and further. Before you start on the ground ivy, you should therefore tackle any climbing vines, so that they don’t undo all your hard work. This is the simplest part of any ivy-clearing project, since all you have to do is sever the vines about a foot up from the ground. Then it’s time to play the waiting game, allowing the vines to die off on their own. This can take a few weeks, so just be patient, and eventually nature will take its course. Don’t be concerned if the ivy leaves remain green for a while after you cut them, either, as this is completely normal.

After that’s done, it’s time for the more difficult task of pulling or digging up the ivy at ground level. This can be tough work on even small areas, but if there’s a lot of ground cover, it can be next to impossible. You might therefore want to dig up any plants from the area that you want to save, and then spray the ivy with herbicide. As we mentioned above, glyphosate-based herbicides work the best, but they can be pretty expensive when used over a large area. Instead, you might want to buy some pure, undiluted glyphosate, and then mix it into some water for a more cost-effective solution. Just make sure you read the instructions to stay safe!

One thing to note when removing ivy from fences is that the vines can eventually cause some serious damage to the fence panels. In fact, after a while, they will probably be all that’s holding the fence together. If you apply weed killer to the ivy, then the bushy leaves will die off, and you’ll be able to see what’s going on underneath. It might be the case that you simply can’t untangle the dead ivy from the fence without it falling to pieces. If that’s so, then you’ll have to choose between leaving the ivy in place, or buying a brand new fence. When kept in line, ivy can really add some character to a house. However, it becomes a problem when that ivy starts to creep into your chimney, wind its way into your window frames, and generally become too much to handle. Whether you just want to trim your ivy back a little, or remove it from your brickwork completely, read on to discover how to do just that!

The first thing you’ll need to do is get out a ladder and start pulling the ivy away from the wall. This is easier when the ivy is damp, since this makes the vines more pliable. You may therefore want to wait for the winter months to do this, or at least until after it’s rained. Living ivy also comes away easier than dead ivy, so you shouldn’t need to use any weed killer here. You don’t have to be all that careful at this point, since you’ll be getting all those little roots later on. For now, just grab those vines and start pulling!

Of course, it’s not just about the vines- if it was, then this process would be a snap. You’ll also have to contend with the little hairy tendrils that fix onto the brickwork and keep the ivy attached. A lot of the time, these tendrils will just die off when the main vine has been removed. If not, then you may need to use a putty knife to get in there between the bricks and pry the tendrils away. This time, you will have to be gentle, as if you scrape too hard, you might end up chipping some of the mortar away. In extreme cases, a little chemical assistance might be needed. Again, it’s all about how long the ivy has been growing for. If it’s had many years to worm its way into the brickwork, then it could take a few more years before all the evidence of the ivy disappears. Just be patient, and keep an eye out for any new shoots to eliminate them before they start climbing again.

The easiest way to get rid of all that dead ivy is to simply burn it in a garden incinerator, along with any other garden waste you might have. Depending on the extent of your ivy issue, you may well end up with a mountain of ivy to dispose of. While it can be a pain, you should dispose of the ivy asap, or like a zombie, it can reanimate and take root wherever you leave it. There’s also the risk of spreading seeds all over your garden, so it’s a smart idea to keep the dead ivy on a tarpaulin instead of letting it sit directly on the ground. Burning dead ivy is sure to destroy the seeds, so it is the only way to completely eradicate the ivy for good. That being said, you should be careful when burning ivy that’s been treated with weed killer. You don’t want to breathe these chemicals in, so wear a mask around the bonfire to keep yourself safe. You could also put it through a your garden shredder first to if yo you plan on bringing it to the recycling centre.

It can be tempting to add ivy to your compost, since you’ll likely end up with quite a lot of it. It may seem a shame to let all that go to waste, but if there’s any green ivy left in the pile, then throwing it on the compost heap will allow it to recover and start growing again. Before you know it, you’ll have another ivy problem on your hands, so it’s better to be safe than sorry. If you really want to add some ivy to your compost, then we suggest that you only do so a little bit at a time. Put some of the dead ivy into a bin bag for a few days to ensure it’s completely dead, and then add it piece by piece to your compost pile so that it can decompose properly. If you used weed killer to treat your ivy, then do NOT compost it- especially if you used glyphosate. The chemicals contained in the weed killer will then seep into your compost, and could easily end up killing whatever you spread it on. 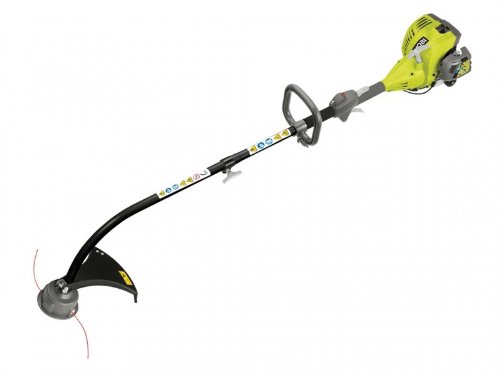