Brambles are a type of prickly shrub that grow throughout the entire UK. While these plants produce juicy blackberries during the summer months, they are mostly a nuisance throughout the remainder of the year.

The reason for this is due to the way the plant grows, which involves sending out shoots that grow at alarming rates when left unchecked. These shoots are completely covered in thorns and reach incredible lengths of up to 8ft.

While the blackberries produced by brambles are certainly delicious, being used in jams, pies and other popular products, the remainder of the plant causes a wide range of issues for gardeners in the UK.

Reasons to Kill and Remove Brambles

There are many reasons to kill and remove brambles, as anyone that has dealt with an infestation will attest to. Perhaps the most obvious reason to remove these plants from your garden is because they grow so quickly that they end up taking up huge amounts of valuable garden space.

For instance, brambles send out thorny shoots at very fast rates, causing them to quickly spread if never cut back. These shoots reach as up to 8ft in length, and there is no limit to how many shoots grow from a single bush.

To make matters worse, the brambles don’t stop once the shoot is done growing, with the ends of each shoot sending out more shoots of their own that take root, increasing the size of bramble bush.

Should this process continue without taking any action, you can end up with a huge growth of bramble bushes in your garden in very little time.

Having a huge growth of brambles is certainly unsightly in a garden!

Furthermore, the shoots are completely covered in prickly thorns, making them that bit more difficult to remove. This is another popular reason for removing brambles too, as the thorns can hurt kids, pets, and even unwary gardeners!

Brambles are also capable of growing in unconventional locations, including through cracks and holes in bricks, concrete, and pavers. This means no area of your garden is safe, and brambles growing through walls and pathways can cause damage – another reason to kill and remove them!

One of the big issues with brambles is that they don’t need perfect conditions to grow, so can easily spread to a point where they are much harder to remove. Therefore, it is always recommended that you remove brambles when they are seedlings, as they become so much more difficult to get rid of when left to grow unchecked!

As a perennial shrub, brambles will regrow every year without issue. This means you can’t just cut back the plant and wait for it to die, as it will return every year unless properly killed and completely removed.

How to Kill and Remove Brambles

One of the big issues with getting rid of bramble bushes is the fact they are woody perennials. This means they’re going to regrow annually unless properly killed and removed, which requires a bit of effort if the plant is well established.

Brambles can be killed by treating the root system with either a natural or synthetic weed killer, after which you need to remove all the roots to ensure it has no chance of surviving and growing back the following year.

Many people don’t want to use synthetic weed killers in their garden due to the damage they can cause to other plants and the risk they pose for pets and kids. So, if you want to get rid of brambles the natural way, you will want to create your own natural weed killer.

Combine all the ingredients together and leave them to combine, which should take about five minutes. Once ready, add the mixture to a pressure sprayer and then apply to the entire bramble bush and the soil around the base of the plant.

Bear in mind that this is only suitable for minor growths, as large bramble bushes have too much of an extensive root system to be completely killed using a natural weed killer – it will eventually grow back.

However, should it be suitable for your own bramble infestation, simply wait for the mixture to take effect, which should only take a few days, and then dig up the dead plant.

One of the fastest and most effective ways of killing brambles is using a synthetic weed killer. This needs to be either a glyphosate or triclopyr weed killer, although which one depends on where the brambles are growing.

Glyphosate weed killers are very effective and quite affordable, making them a great choice for killing most bramble growths. They kill the root and growth of a bramble in no time at all, but they can’t be applied to grass areas or on other plants as these will die too.

Triclopyr is just as effective as glyphosate and can also be applied to grass without harming it, so if you’re worried about damaging parts of your lawn then be sure to use this weed killer instead.

Both are systemic weed killers, meaning they are absorbed into the plant and carried throughout the root system. This makes them highly effective at killing brambles, as the entire plant dies so there is no chance of it growing back the following year.

To use these weed killers, you first need to cut back the shoots of the brambles, leaving between 6 and 8-inches inches of growth. Once cut back, you then apply the weed killer to the ends of the stems.

If you intend on reclaiming the soil where the brambles are growing, make sure to choose a glyphosate. This weed killer becomes inactive upon touching soil, so it will be safe to replant in the soil after using it on the brambles.

If you really want to leave no doubts about killing a bramble bush, then you may want to dig up the plant completely. This requires a fair amount of effort, especially if the bramble growth is significant, but you can’t argue with the results.

To start, you want to cut back as much growth as possible to make digging the roots up easier. You’ll want a good set of secateurs, or if you know someone with a brush cutter that’s even better. Thicker growth may not be easy to cut with secateurs, in which case a brush cutter is a fantastic option.

Take all the shoots you can get a hold of and start cutting them back, to about 6-inches in length. This allows you to get easy access to base of the plant, which is going make digging up the roots far less strenuous.

Rake up all the cuttings and work your way to all the different bases, as there is a good chance there will be several stumps to dig up. You always want to leave some growth at the base to let you locate all the stumps for digging up once your done cutting back!

Once all the shoots are cut back, it’s time to start digging up the base of the plant. A bramble bush consists of a thick stump from which the root system grows. The more unkept the bush, the bigger the root system will be, so keep this in mind when digging up.

Remember, brambles regenerate even below soil level, so make sure you dig deep enough to remove the bulk of the root system. Always look for blubs to ensure you’ve dug out the right part of the root.

When it comes to overgrown brambles, it will probably be impossible to completely remove the entire root system, so be sure to come back and pull out any new growth. Check over the area every week to look for new growth, as removing small seedlings is the best way to prevent it from re-growing.

Once you’ve dub up a bramble bush, it is important to dispose of it in the proper way. Leaving a pile of dug up bramble bushes in a corner of the garden is a terrible idea, as the shoots can easily find soil to root and the problem starts all over again.

When dealing with a just a few bushes, you should be okay to cut up the plant debris and dispose of it in garden waste bags or bins. Those with huge amounts of brambles to deal with may benefit from burning them if they can’t access a recycling centre for disposal.

Always remember to wear a suitable pair of gardening gloves throughout the removal and disposal process – those thorns will cause some serious damage if not!

How to Prevent Brambles from Growing

Preventing brambles from growing in the first place saves a lot of hassle, but sadly there are no guaranteed ways to stop them from growing.

The best method for preventing brambles growing is to remove them while they are just seedlings. This process is significantly easier than removing a fully-grown bush, so make sure you keep an eye out for young bramble bushes growing and act fast if you come across any!

If you have an area that is susceptible to brambles – such as a near a lazy neighbour’s garden – then try laying down some mulch. This makes it much easier to remove smaller growths as they appear. It is a good idea to maintain these areas with a good garden multi tool to keep it under control and reduce the amount of work needed to be done in one go. 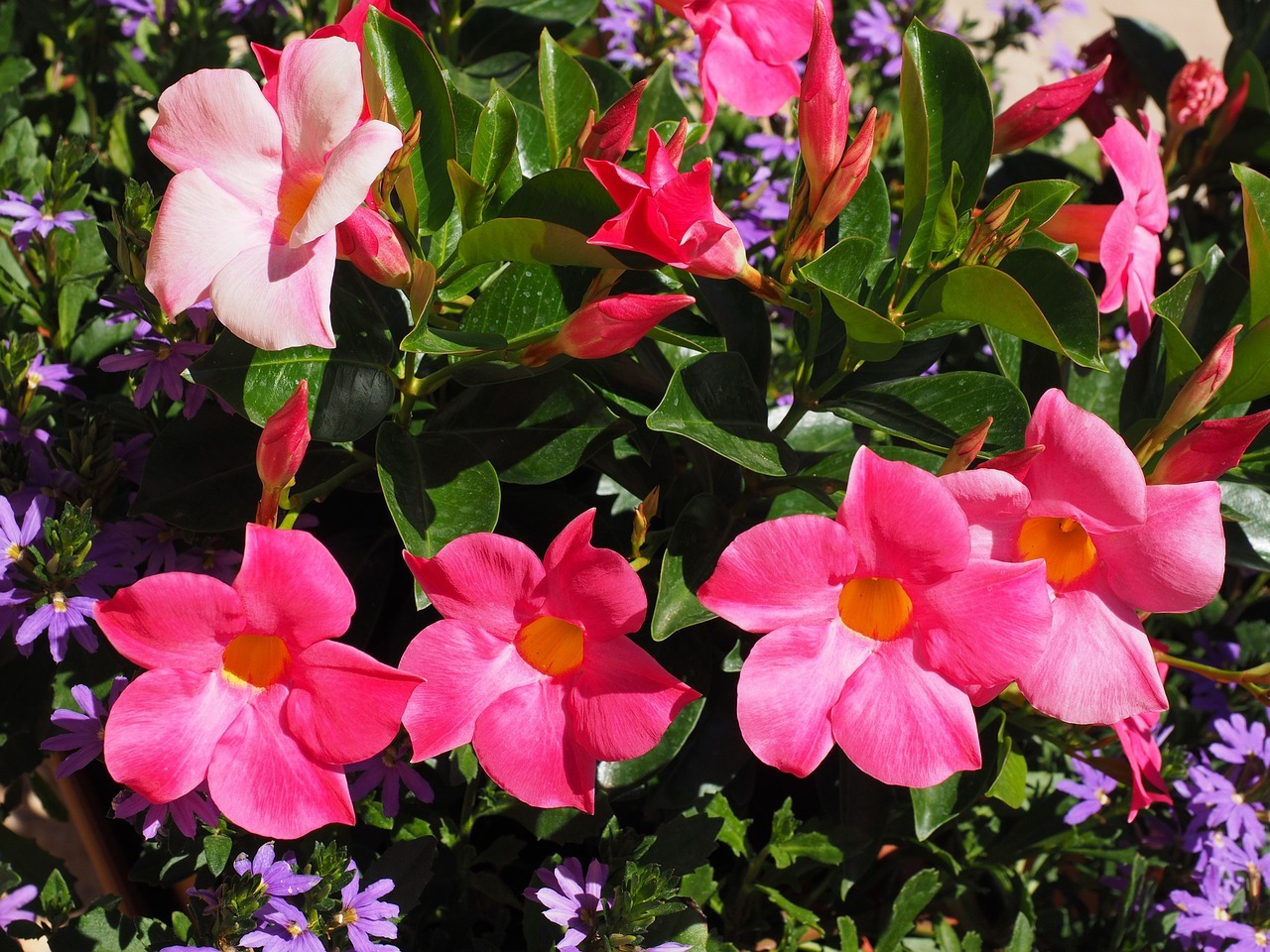