At one point or another, we’ve all considered what it would be like to be totally self-sufficient. For most, it comes as they walk around the supermarket and wonder why they don’t grow their own vegetables rather than paying out money each time. In years gone by, it was quite difficult to get started but, now, it couldn't be easier and it’s all thanks to a product we’re going to discuss today!

Named ‘VegTrug’, the simplest way to look at it is ‘a container large enough to grow plants’. When it comes to growing vegetables, there’s a common misconception that you need lots of space but the VegTrug proves this idea wrong. Efficiently-designed, space-saving, and a great way to get started with your own veg, the VegTrug is deep enough to add the perfect amount of soil so you can introduce your favourite veg without a huge upheaval. When your friends come over and see your VegTrug, it won’t be long before they’re writing down the name and asking where you bought it so they can have one of their own.

When assessing the market for the right VegTrug, you’ll notice there are several different types and this is something we’re going to discuss in more detail a little later. Originally, the idea launched as a V-shaped model. With a wooden design and four/six legs, it was a simple container and perfect for beginners and experts alike.

As the product has become more and more popular, different designs have been added including a two-tiered VegTrug and even smaller designs for children. If you’re buying one for yourself, getting a second smaller model can be a great way to learn for your child. As they grow up, they’ll enjoy watching the vegetables grow while also enjoying the fruits of their labour. As we’ll see, there are also various accessories you can buy.

Just for Vegetables? - As you may have noticed, you don’t have to choose vegetables despite the branding and advertising. Since it’s just a simple container, you can place any type of soil inside depending on whether you want to grow vegetables, lavenders, pansies, daffodils, salvias, or even dicentra.

With the V-shaped design, this has actually been chosen so the deeper-rooted plants and vegetables can be placed in the middle while the less demanding vegetables can go either side. For example, the very centre of the VegTrug (where the soil is deepest) is perfect for cucumbers, peas, peppers, carrots, tomatoes, beetroot, onions, and similar vegetables. Meanwhile, the shallow edges will be ideal for herbs, radish, strawberries, and lettuce.

If you’re choosing cherry tomatoes for your VegTrug, we recommend placing these at each end because this will allow all foliage to drop over the sides as opposed to making a mess of the other vegetables. In fact, the VegTrug makes this process easier than ever because the deeper soil will hold the roots steady while the rest trails over the edge.

Of course, we advise resisting the temptation to plant runner beans because you simply won’t be able to reach them. Although you can buy trellis and frames for climbers, you should always be able to reach the produce without requiring a ladder so keep this in mind. If you need to find the perfect middle ground, look towards Hestia, a dwarf runner bean, which thrives in the VegTrug without causing too many issues. Benefits of Using a VegTrug

With the basics covered, why should you choose the VegTrug for your garden? Well, the only way to assess this fairly is to review the benefits and drawbacks. If the drawbacks aren't important or can be dealt with using a different solution, you’ll know the product is worthwhile. With this in mind, let’s start with the benefits.

When we plant vegetables and flowers into the ground, it seems as though we’re always worrying about stones, weeds, parasites, and even worms (if you don’t like them in your garden). With all of these problems now gone, the soil will stay fresh and your produce will receive all the nutrients they need to survive.

Since the VegTrug holds the plants and vegetables above the floor, all of the previous concerns disappear because, quite simply, nothing can get to them. Over time, this should lead to greater results and it means you don’t need to pay them quite so much attention. If you don’t grow your own vegetables currently because you’re worried about weeds, for example, the VegTrug is the product for you.

Sadly, thousands of people don’t get into this side of gardening because they like how their garden looks right now; i.e. they don’t want to dig up their lawn and make mistakes or cause issues for the health of the garden. If you can relate to this, the VegTrug will allow you to get started freely without any negative consequences. With no need to dig up your lawn, you can start growing vegetables with minimal effort.

If you’re a little worried you might come across a millipede, you aren't alone but the VegTrug excels here too. Unless they’re willing to leave their shelter, travel across the garden, and climb up one of the legs to reach the soil, you won’t have an issue. Luckily for us, millipedes and other creatures won’t even want to leave their home (let alone anything else!).

For those in an older generation or who are perhaps limited in terms of mobility, the VegTrug is the ideal solution since they’re waist high and they don’t require any bending, kneeling, sitting, or any other uncomfortable (or impossible) positions. With the VegTrug, you can still get the exercise of walking around the garden but without the ache and pains that normally follow the next morning.

What if your garden is already filled to the brim with plants? With the VegTrug, you can introduce vegetables without having to sacrifice something else. Unfortunately, not all of us are lucky enough to have a huge garden so the VegTrug adds space and more opportunities to grow produce. Considering allotment lists are incredibly long right now, this is a perfect workaround.

Perhaps you have pets and you’re worried about them using your produce as a new toilet? With all the vegetables off the ground, this concern is taken from you and your pet will have to find somewhere else. As well as pets, ground-borne pests are a nightmare for this too. With slugs and snails, they may still try to ruin your produce so consider using copper tape or Vaseline.

​Finally, although the weather in the UK is always unpredictable, a VegTrug will warm up much quicker than the soil in the ground when the sun shows its face. For one thing, you can move it into the middle of the lawn for summer (or wherever the sun is shining) instead of having fence panels keeping the area in shade. For another, you can place it next to a brick wall and this will act as insulation.

If you’re only interested in vegetables during certain times of the year, there’s no reason why you can’t put the VegTrug away for the winter. Of course, we recommend continuing regardless of the weather because you can grow some fancy vegetables towards Christmas time; this includes cabbage and sprouts for the big dinner itself.

Drawbacks of Using a VegTrug

Compared to the extensive list of benefits we’ve just seen, the list of drawbacks is much shorter so this is great news. As mentioned previously, these drawbacks won’t be an issue for everybody and you might be able to find solutions to work around any potential problems that arise.

Firstly, once you have all your soil and seeds planted, your VegTrug will be extremely heavy. Previously, we said you could move it depending on where the sun’s showing but this won’t be an option for everybody. Ultimately, we advise placing the unit exactly where you want it for the foreseeable future just in case you can’t move it afterwards.

Compared to using your own garden, buying a VegTrug is certainly the more expensive option of the two. However, you’ve also got to consider the many benefits we’ve discussed. For those with mobility issues or those who have cats, the VegTrug becomes an investment. As long as you work hard and treat the vegetables as they should be treated, you’ll save money on shopping and you could even make some money selling produce to those in the community.

Thirdly, and perhaps the biggest drawback of all, you’ll need a watering schedule with container gardening and this needs to be carefully conceived. Why? Because, in an attempt to keep shallow-rooted plants watered, it becomes quite easy to drown your deeper-rooted plants.

Typically, compost dries out rather quickly so it might be worth investing in some water-retaining capsules while also digging in some manure to retain the moisture. With these two options, it stops you from having to watch the container like a hawk.

Whilst on the note of water and the process of watering, the VegTrug allows water to run freely from the base. As you might expect, there’s a thin liner to keep the soil in place but the water can escape the bottom with nothing stopping it. Therefore, you’ll need to be careful of where you place it; i.e. not on a jet-washed patio or brand-new decking. As promised, we’re going to finish this guide with a brief look into the VegTrug range and all the different models you can now buy. With these products only getting more popular, the range is quickly expanding to include a ‘greenhouse-framed’ VegTrug in addition to a herb garden. With the top separated into eight sections, you can choose your favourite herbs and start growing them in an instant. Elsewhere, the VegTrug Side Table offers a small space for working to the side.

In terms of the classic VegTrug design, they now vary in sizes with some measuring one metre in length while others come in at 1.8 metres. Depending on which model you choose, you might also be interested in the many accessories available whether it’s the Poppy Micro Mesh Cover or the Greenhouse Micromesh Cover. 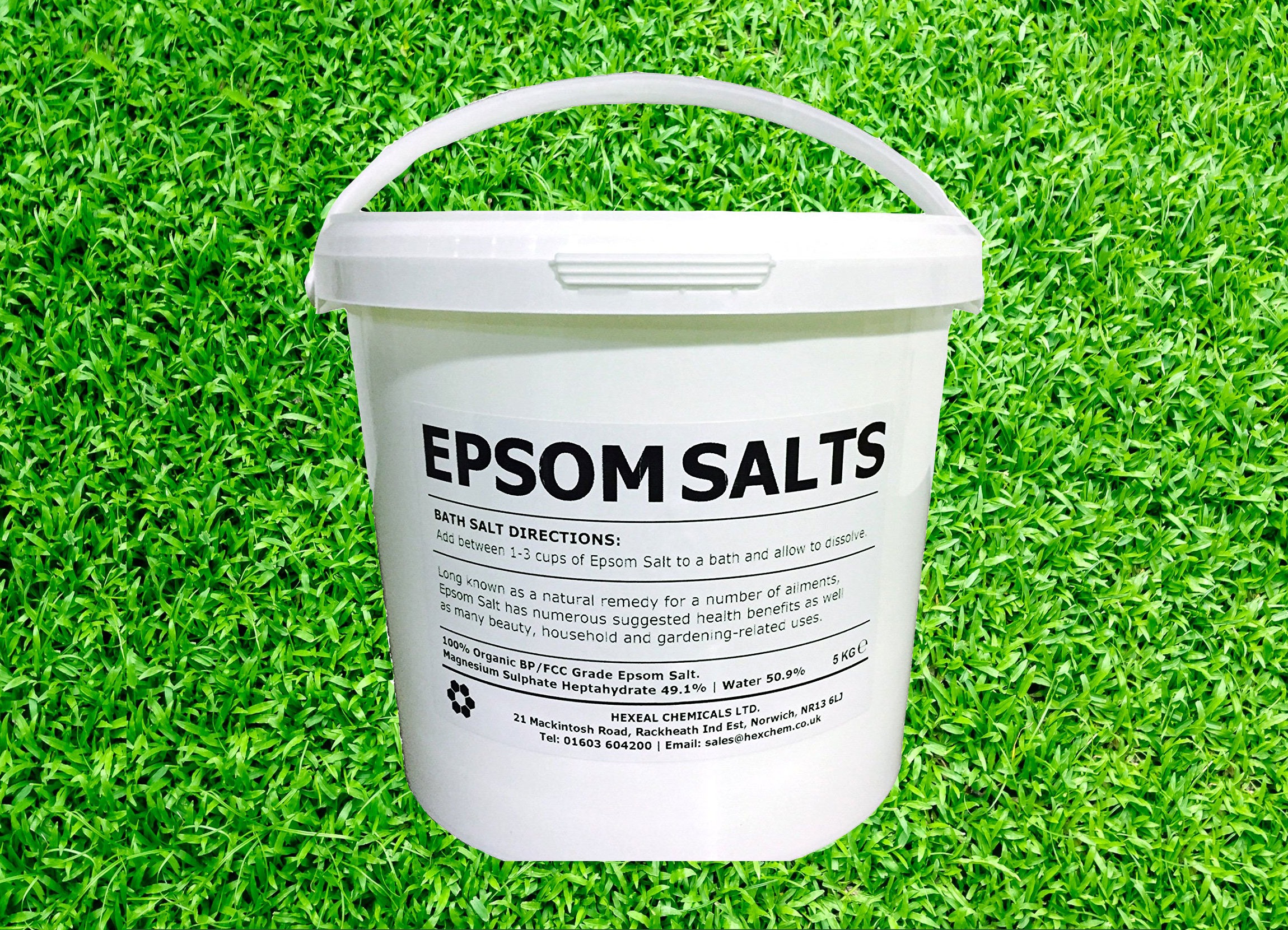